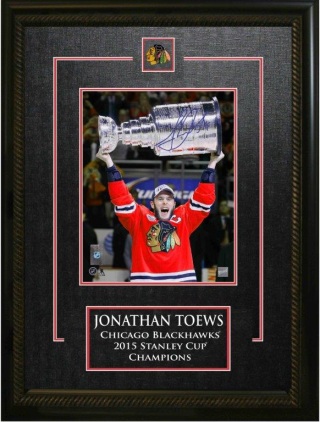 Hand signed Chicago Blackhawks 8x10 Stanley Cup vertical framed photo by Jonathan Toews with a blue sharpie. Framing includes etched double matting, laser engraving and a team pin. Toews was selected by the Blackhawks with the third overall pick in the 2006 NHL Entry Draft. He joined the team in 2007–08 and was nominated for the Calder Memorial Trophy as NHL Rookie of the Year. The following season he was named team captain, becoming the second-youngest captain in NHL history at the time. Toews won the Stanley Cup in 2010, along with the Conn Smythe Trophy for the playoff MVP. After winning the Cup, Toews is the youngest player to join the Triple Gold Club. He won the Stanley Cup again in 2013 and 2015. This NHL & NHLPA officially licensed product comes with a Frameworth Hologram and Certificate of Authenticity to ensure the authenticity of the autograph. Frameworth is the exclusive autograph provider of Jonathan Toews memorabilia. Finished Size: 18x22". 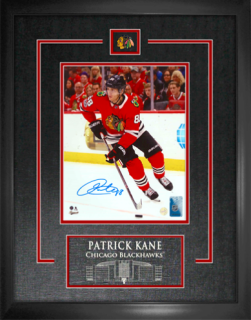 Hand signed Chicago Blackhawks 8x10 action vertical framed photo by Patrick Kane with a blue sharpie. Framing includes etched double matting, laser engraving and a team pin. Kane went on to win 3 Stanley Cups so far in his career, all with the Chicago Blackhawks. Kane's shot is in a league of its own and can blow by the best goalies in the league with ease. This NHL & NHLPA officially licensed product comes with a Frameworth Hologram and Certificate of Authenticity to ensure the authenticity of the autograph. Frameworth is the exclusive autograph provider of Patrick Kane memorabilia. Finished Size: 16x20".

​Matthews was drafted first overall by the Toronto Maple Leafs. Matthews became the first player in modern NHL history to score four goals in his NHL debut. He scored 40 goals in his first season, the second rookie since the 2004/05 lockout to reach the milestone and the fourth teenager in league history to do so, winning the Calder Memorial Trophy as the top NHL rookie.

​Price has earned the name as one of the best goalies of all time. With the current career save% being well above .915%. Price was drafted 5th overall by the Montreal Canadiens in the 2005 NHL Entry Draft. Carey price had his career making year in 2015 when he shut down the every shooter in the NHL, posting a 1.96 GAA, .933 Save%, with 9 shutouts. Carey Price earned all 44 of his wins in 2015. To cap off the year, Price won the Vezina Trophy, the Ted Lindsay Award, the William M. Jennings Trophy, and the Hart Memorial Trophy. Carey Price shined for team Canada as well at the 2014 Olympics being named the Best Goaltender. Price finished the Olympics with 2 shutouts in the semi-finals and finals, posting a GAA of 0.59 and a save% of .972%. These numbers outshine any other goalies success at the Olympics. 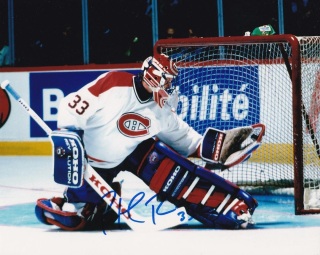 He is regarded as one of the greatest goaltenders of all time. In 2017 Roy was named one of the '100 Greatest NHL Players' in history. Roy won four Stanley Cups during his career. On November 13, 2006, Roy was inducted into the Hockey Hall of Fame. He is the only player in NHL history to win the Conn Smythe Trophy (the award given to the most valuable player in the Stanley Cup playoffs) three times, the only one to do so in different decades, and the only one to do so for two teams. Roy's number 33 jersey is retired by both the Canadiens and Avalanche. 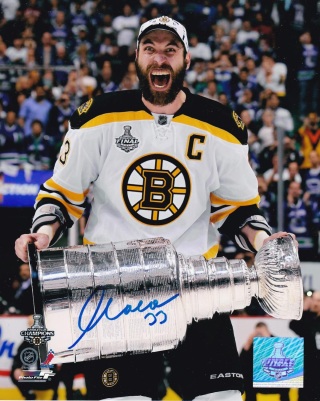 He won the James Norris Memorial Trophy while playing for the Bruins in the 2008–09 season. Standing at 6 feet 9 inches (2.06 m) tall, Chára is the tallest person ever to play in the NHL.He is also the second European-born and raised captain to win the Stanley Cup (in 2011), and the first born and trained in a country within the Iron Curtain. As of the 2019-20 season, Chára is the oldest active NHL player. 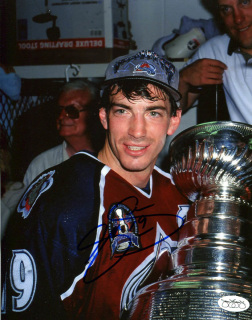 Over the course of his career, Sakic was one of the most productive forwards in the game, having twice scored 50 goals and earning at least 100 points in six different seasons. His wrist shot, considered one of the best in the NHL, was the source of much of his production as goalies around the league feared this shot. At the conclusion of the 2008–09 NHL season, he was the eighth all-time points leader in the NHL, as well as 14th in all-time goals and 11th in all-time assists. During the 2002 Winter Olympics, Sakic helped lead Team Canada to its first ice hockey gold medal in 50 years, and was voted as the tournament's most valuable player. He represented the team in six other international competitions, including the 1998 and 2006 Winter Olympics. 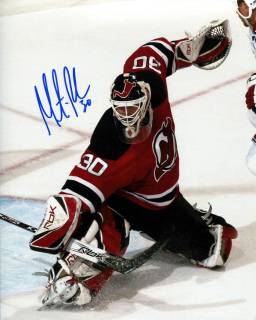 Brodeur is the NHL's all-time leader in regular season wins (surpassing Patrick Roy in 2009), losses, shutouts, and games played, and holds numerous other league and franchise records. Brodeur has won at least 30 games in every season since 1995–96, with the exception of the 2010–11 season, an injury-shortened 2008–09 season in which he played just 31 games, and the lockout-shortened 2012–13 season. He is the only goalie in NHL history with eight 40-win seasons. He is a four-time Vezina Trophy winner, a five-time Jennings Trophy winner, a ten-time NHL All-Star, a Calder Memorial Trophy winner, and one of only two NHL goaltenders to score a goal in both the regular season and the playoffs. 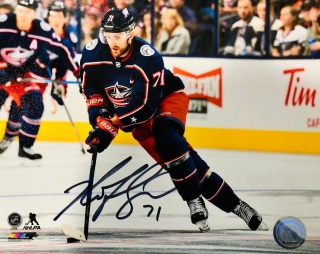 A Finnish professional ice hockey goaltender currently playing for the Sudbury Wolves of the Ontario Hockey League as a prospect to the Buffalo Sabres of the National Hockey League. In the 2018/19 season, Luukkonen set the Sudbury Wolves record for most wins in a regular season and lead the OHL in wins, save percentage, and shutouts. He won the gold at the 2019 World Junior Ice Hockey Championships in a 3–2 victory over Team USA and was named the media's pick for best goaltender of the tournament. 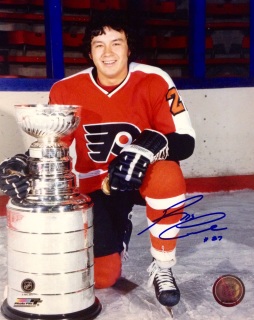 ​Nicknamed "The Riverton Rifle" and "The Chief", Leach was drafted third overall by the Boston Bruins in the 1970 NHL Amateur Draft. He is best known for his time in Philadelphia, winning a Stanley Cup with the Flyers in 1975 and being a member of the LCB line. ​He is best remembered as being one of very few players, and to date, the only skater (non-goaltender), to win the Conn Smythe Trophy, as MVP of the Stanley Cup playoffs, as a member of the losing team in the final, a distinction he achieved while playing for the Philadelphia Flyers in 1976. Leach also played for Team Canada in the 1976 Canada Cup helping to win the championship. He was also a member of the NHL All-Star teams in 1976 and 1980. 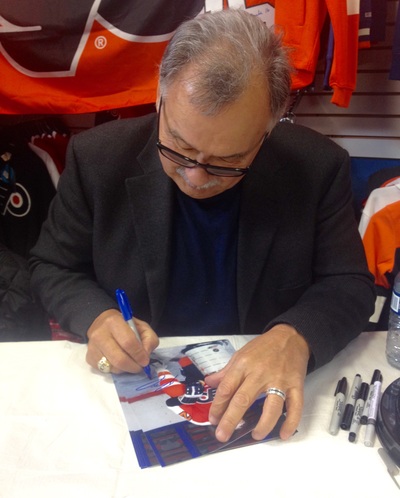 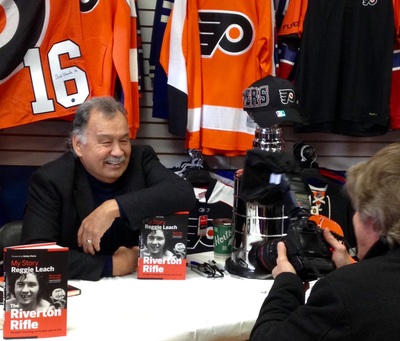 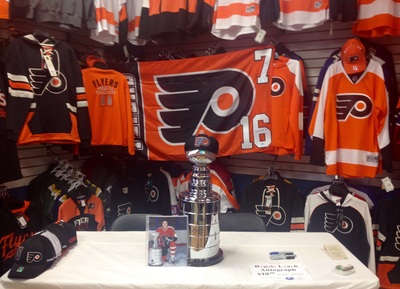 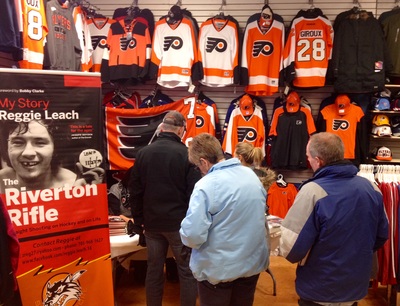 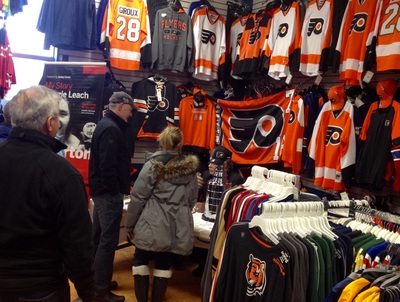 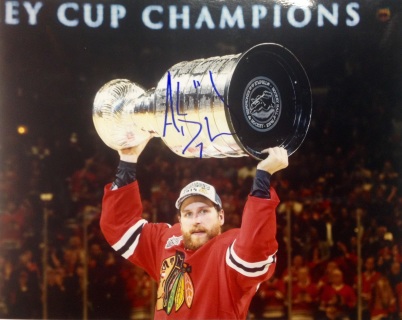 Prices do not including shipping ($18 estimate to most addresses in North America, includes tracking) we ship worldwide!
More players available upon request
For shipping prices, to request a player, more information, or to place an order, please contact us