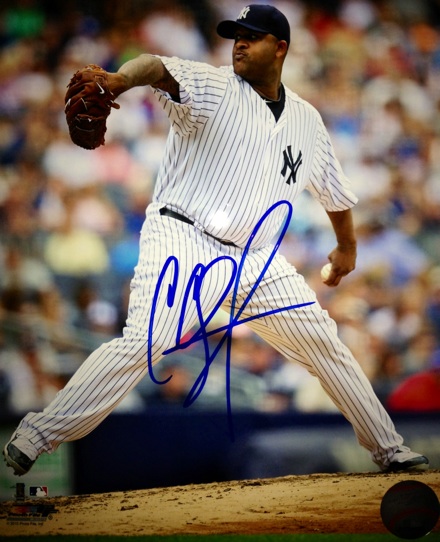 Upon signing with the Yankees prior to the 2009 season, Sabathia became the highest paid pitcher in Major League Baseball history. Sabathia played the first seven and a half seasons of his career with the Cleveland Indians, where he won the 2007 AL Cy Young Award. He played the second half of the 2008 MLB season with the Milwaukee Brewers, leading them to the NL Wild Card, their first playoff appearance in 26 years. Sabathia is regarded as one of the most durable pitchers in Major League Baseball, having easily amassed an average of over 200 innings pitched per season during his career.

1 available, please contact us before buying
Add to Cart