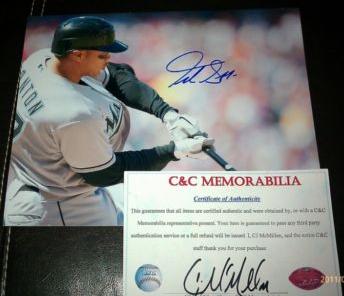 Stanton has been considered to be the top prospect in the Marlins organization since 2009 and is the No. 3 ranked prospect in the game, according to MLB.com's Jonathan Mayo's survey, which was announced in January on the MLB Network. He is behind only fellow rookies Jason Heyward and Stephen Strasburg for 2010. According to MLB.com, Stanton has the potential to be the best player in the game. He was named an outfielder on Baseball America's 2010 All-Rookie Team. He was also named an outfielder on the 2010 Topps Major League Rookie All-Star Team and 2010 Topps All-Star Rookie Outfielder