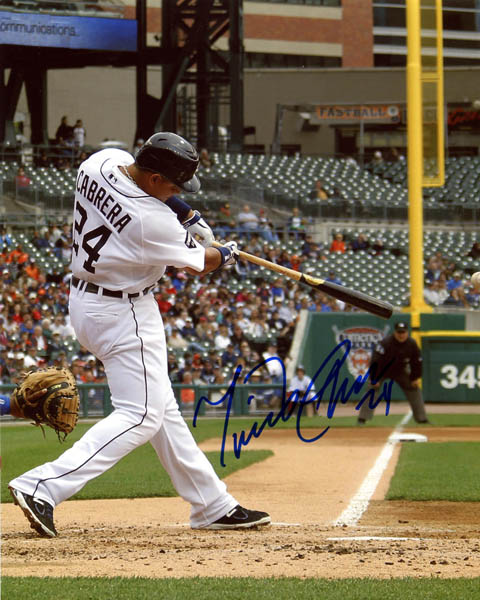 He is a six-time All-Star, having been selected to the National League All-Star Team in 2004, 2005, 2006, 2007, and the American League All-Star Team in 2010, 2011. Cabrera has started at least 100 games at first base, third base, left field and right field. He progressed through the Florida Marlins minor-league system, and was called up from the Double-A Carolina Mudcats in June 2003, and went on to help the Florida Marlins win the World Series that year. According to Baseball-Reference, Cabrera Is putting up statistics comparable to Hank Aaron and Ken Griffey, Jr. at age 28, and is considered one of the best hitters in baseball today. He is a very intimidating hitter, as he consistently hits the best pitchers in baseball. In 2012, Cabrera became the first player since Carl Yastrzemski in 1967 to win the Triple Crown. Cabrera led the American League with a .330 batting average, 44 home runs, and 139 RBIs.