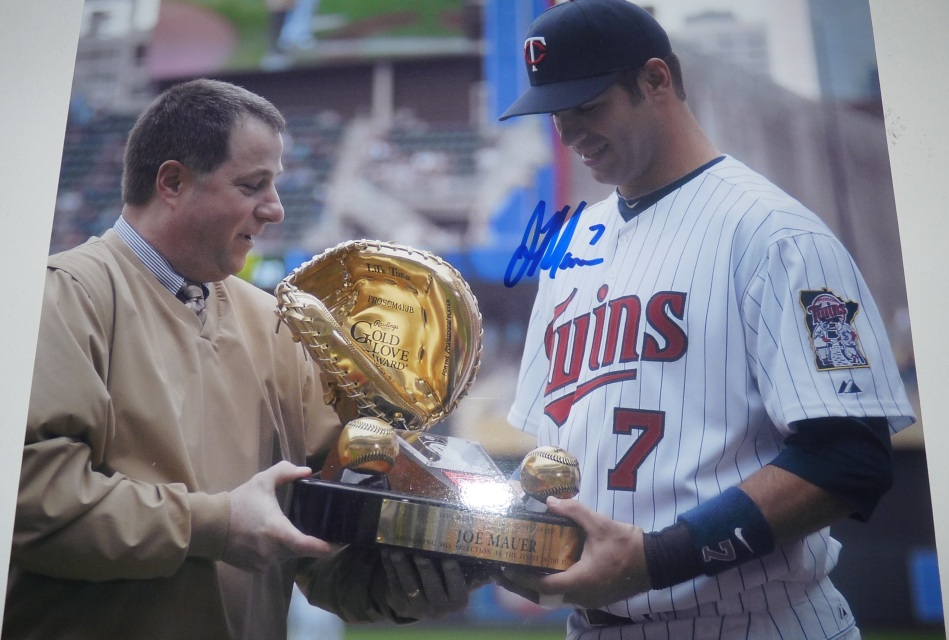 A Major League Baseball catcher for the Minnesota Twins. Mauer is regarded as one of the best defensive and offensive catchers in baseball. He is the only catcher in Major League history to win three batting titles. He has also won three consecutive Gold Glove awards (2008–2010), and the 2009 AL MVP award.