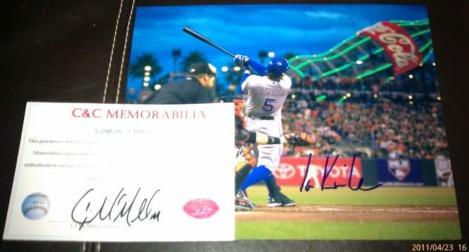 Despite having been drafted in only the 17th round out of college, Kinsler has risen to become the Rangers' starting second baseman, a two-time All Star, a two-time Player of the Week, and a member of the Sporting News' 2009 list of the 50 greatest current players in baseball. Kinsler had an historic game in April 2009, in which he had hits in all six of his at bats, and hit for the cycle. That season he became the second 30–30 player in Rangers' history. Through 2010, on defense he had the highest career range factor per game of all active major league second basemen. He led the Rangers with 9 RBIs in the first two rounds of the 2010 playoffs. Kinsler is known as a five-tool player, hitting for average and power, and excelling in baserunning, throwing, and fielding.