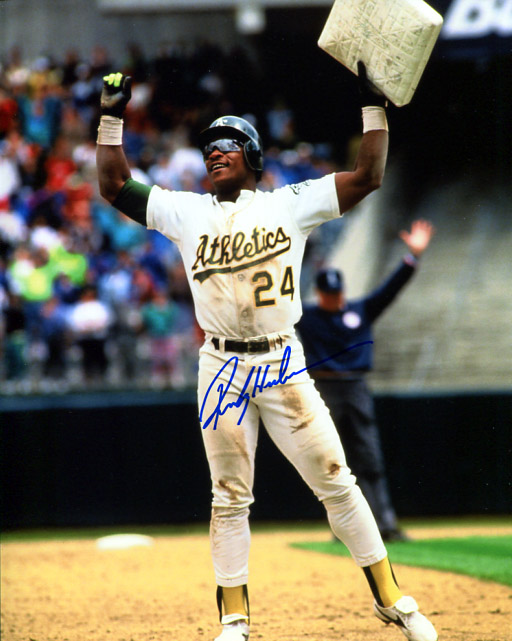 Nicknamed "The Man of Steal", he is widely regarded as the sport's greatest leadoff hitter and baserunner. He holds the major league records for career stolen bases, runs scored, unintentional walks and leadoff home runs. At the time of his last major league game in 2003, the ten-time American League (AL) All-Star ranked among the sport's top 100 all-time home run hitters and was its all-time leader in base on balls. In 2009, he was inducted to the Baseball Hall of Fame on his first ballot appearance.