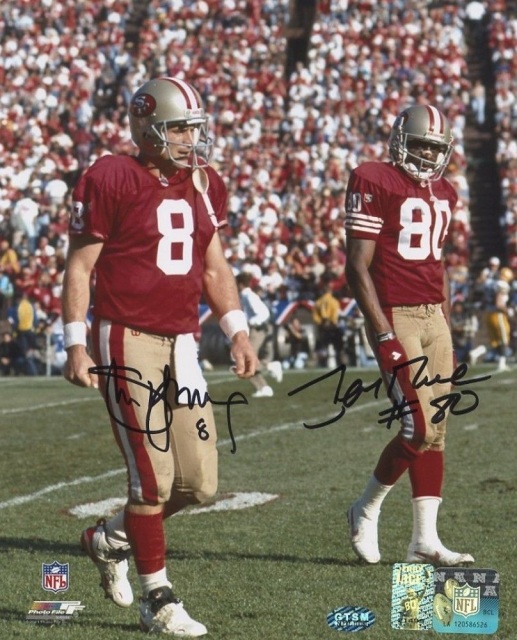 Young was named the Most Valuable Player of the NFL in 1992 and 1994, and the MVP of Super Bowl XXIX. He is a member of the College Football Hall of Fame and the Pro Football Hall of Fame. At the time of his retirement, he had the highest passer rating among NFL quarterbacks who have thrown at least 1,500 passing attempts (96.8), and is currently ranked third. He is also still ranked highest amongst retired players. Young also won a record six NFL passer rating titles.

He is the all-time leader in most major statistical categories for wide receivers and the all-time NFL leader in receptions, touchdown receptions, and yards. Rice was selected to the Pro Bowl 13 times (1986–1996, 1998, 2002) and named All-Pro 12 times in his 20 NFL seasons. He won three Super Bowl rings playing for the San Francisco 49ers and an AFC Championship with the Oakland Raiders.