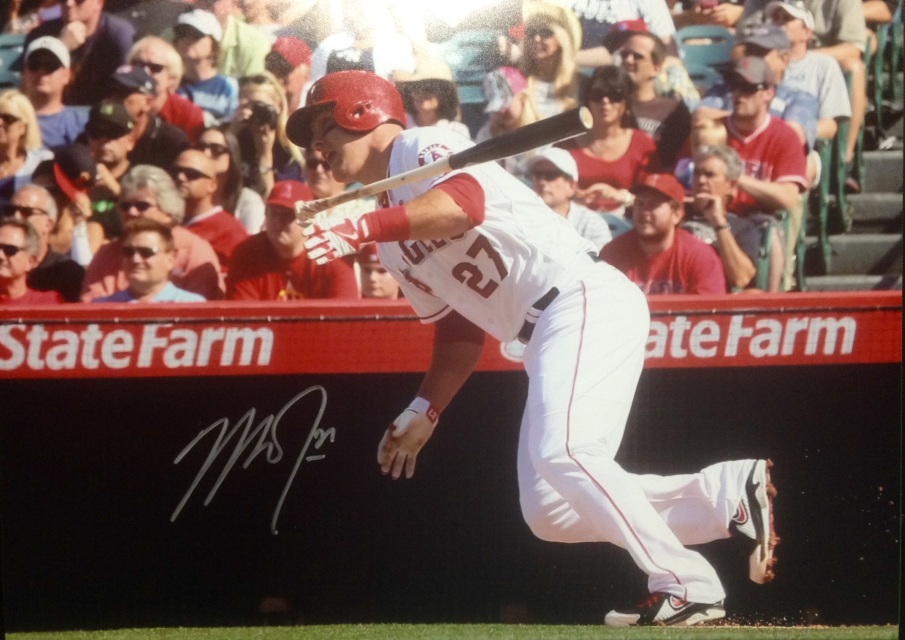 Following an initial stint with the Angels in 2011, Trout had a breakout season in 2012, unanimously winning the American League Rookie of the Year Award, winning a Silver Slugger Award, and finishing runner-up to Miguel Cabrera in the AL Most Valuable Player Award voting. He also led the league in several statistical categories, including runs scored, stolen bases with 49, and wins above replacement (WAR) with a 10.9 mark (according to Baseball-Reference.com). Trout continued his outstanding play in 2013, finishing with a league-leading 9.2 WAR, another Silver Slugger Award, and another second-place finish for AL MVP.