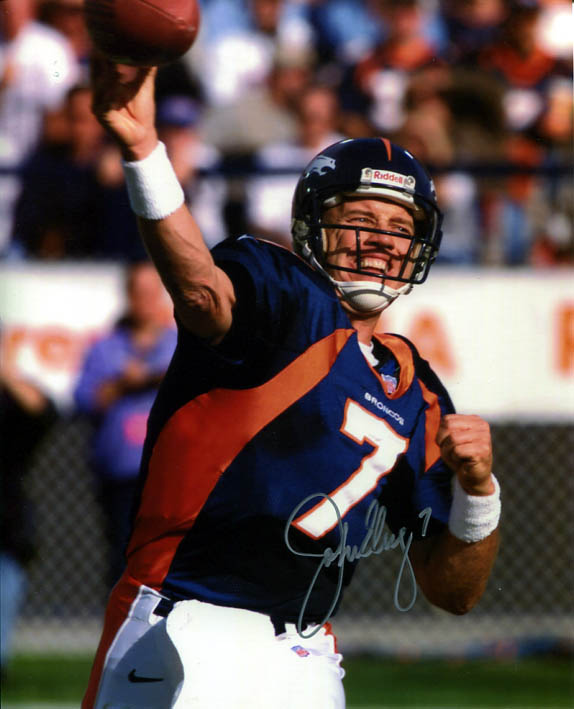 Elway set several career records for passing attempts and completions while at Stanford. He also received All-American honors. Elway was drafted #1 overall in the 1983 NFL Draft by the Baltimore Colts before being traded to the Denver Broncos. In 1987, he embarked on what is considered to be one of the most clutch and iconic performances in sports and in NFL history, helping engineer the Broncos on a 98-yard, game-tying touchdown drive in the AFC Championship Game against the Cleveland Browns. The moment is known in National Football League lore as "The Drive". Following the AFC Championship Game, Elway and the Broncos lost in Super Bowl XXI to the New York Giants. It would be the first of a record five Super Bowl starts at quarterback in Elway's career, a record that he solely held until 2012 when Tom Brady earned his fifth Super Bowl start.

Sold o, please contact us before buying!
Add to Cart