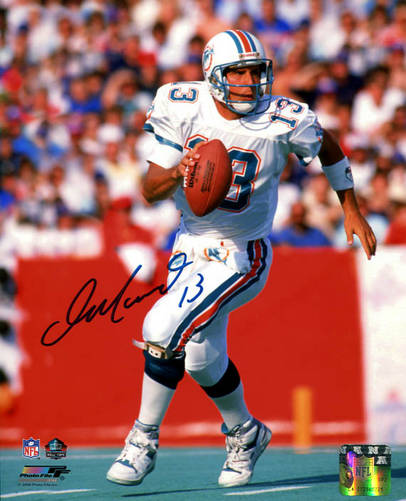 The last quarterback of the Quarterback Class of 1983 to be taken in the first round, Marino became one of the most prolific quarterbacks in league history, holding or having held almost every major NFL passing record. Despite never being on a Super Bowl-winning team, he is recognized as one of the greatest quarterbacks in American football history. Best remembered for his quick release and powerful arm, Marino led the Dolphins to the playoffs ten times in his seventeen-season career. He was inducted into the Hall of Fame in 2005.