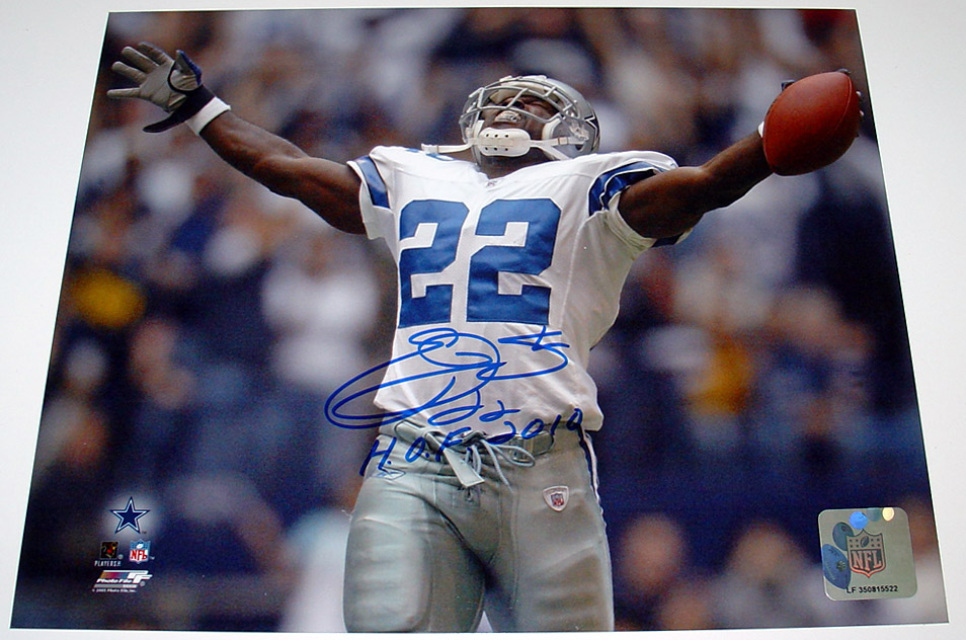 During his long professional career, he became the NFL's all-time rushing leader, breaking the record formerly held by Walter Payton, and played for three Super Bowl-winning Dallas Cowboys teams. Smith is the only running back to ever win a Super Bowl championship, the NFL Most Valuable Player award, the NFL rushing crown, and the Super Bowl Most Valuable Player award all in the same season (1993). He is also one of only four running backs to lead the NFL in rushing three or more consecutive seasons, joining Steve Van Buren, Jim Brown and Earl Campbell. Smith led the league in rushing and won the Super Bowl in the same year three times (1992, 1993, and 1995) when to that point it had never been done. Smith is also one of only two non-kickers in NFL history to score more than 1,000 career points (the other being Jerry Rice). Smith was inducted into the Pro Football Hall of Fame in 2010, and is the first player from the 1990 NFL Draft to be inducted.