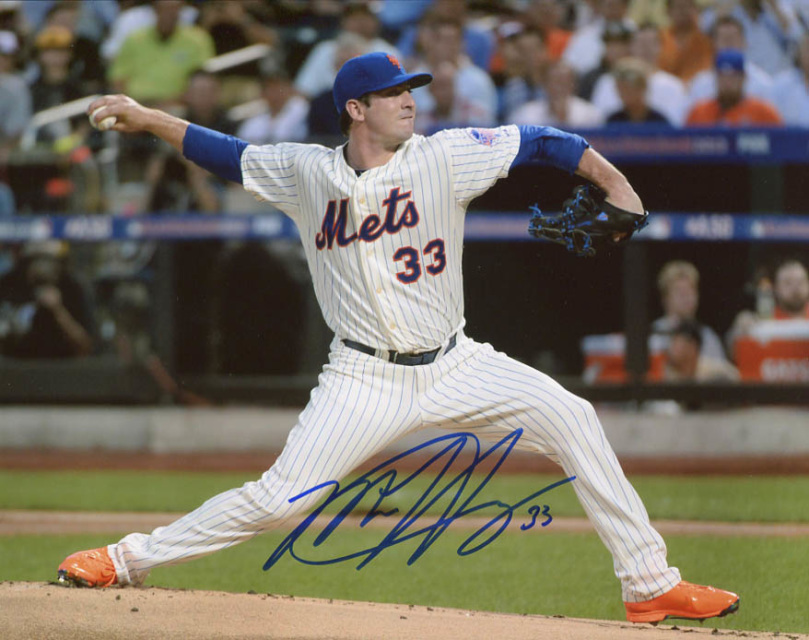 SKU:
$79.99
$29.99
$29.99
On Sale
Unavailable
per item
Hand signed New York Mets horizontal 8x10 photo with a blue sharpie by Matt Harvey, includes a certificate of authenticity.
Nicknamed Dark Knight, is an American professional baseball pitcher for the New York Mets of Major League Baseball. The Mets drafted him with the seventh overall pick in the first round of the 2010 MLB Draft. In his major league debut on July 26, 2012 against the Arizona Diamondbacks, Harvey set a new club record with 11 strikeouts while earning his first career victory. Harvey was the starting pitcher for the 2013 MLB All-Star Game, which took place at the Mets' home ballpark, Citi Field in which he pitched the first inning.