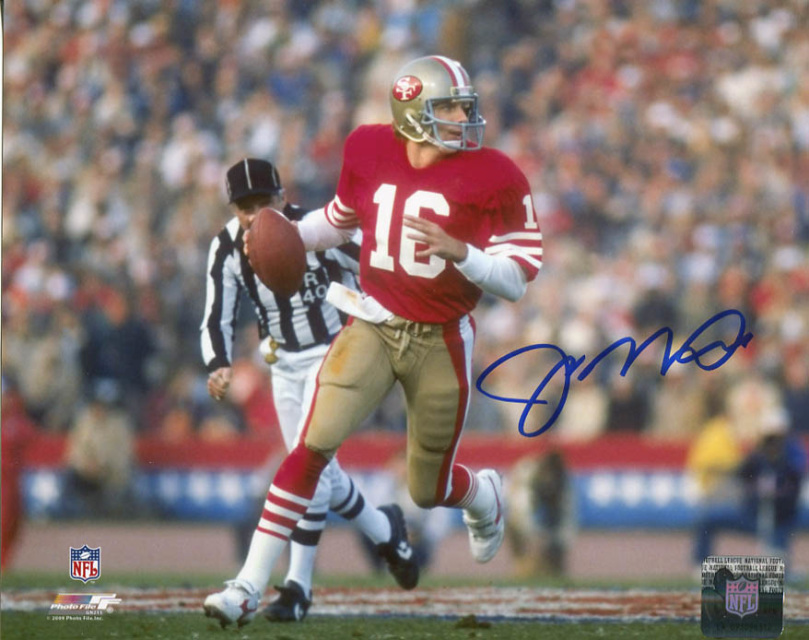 After winning a college national championship at Notre Dame, Montana started his NFL career in 1979 with San Francisco, where he played for the next 14 seasons. Traded before the 1993 season, he spent his final two years in the league with the Kansas City Chiefs. While a member of the 49ers, Montana started and won four Super Bowls and was the first player ever to have been named Super Bowl Most Valuable Player three times. He also holds Super Bowl career records for most passes without an interception (122 in 4 games) and the all-time highest quarterback rating of 127.8. Montana was elected to the Pro Football Hall of Fame in 2000, his first year of eligibility.