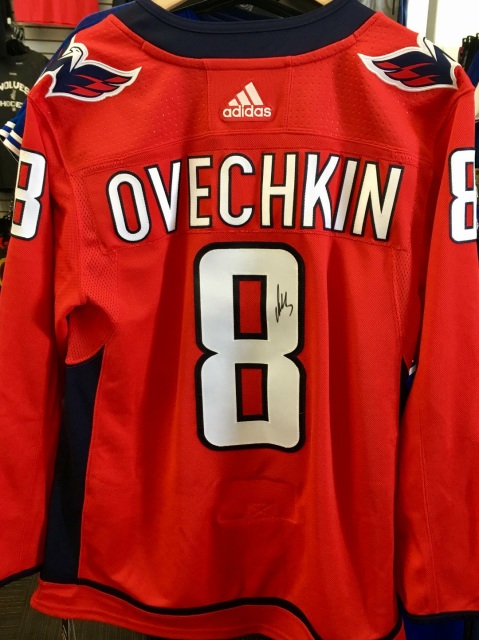 Hand signed Washington Capitals Adidas authentic pro red jersey by Alexander Ovechkin with a black sharpie. Mint condition with original factory tags, all numbers and letters are professionally hand-sewn on the jersey which is beautifully signed on the back. Signed number donated by the Washington Capitals for the 2019 ESSO Cup. Authentic Adidas jersey and pro stitch sewing from Pro Am Sports Excellence. Often referred to as ‘the Great Eight’ or ‘Ovi’, Ovechkin has led the NHL in goal scoring eight times, which is the most by a player in NHL history. After ten playoff runs with the Washington Capitals, Ovechkin won his first Stanley Cup in 2018 and also won the Conn Smythe Trophy as the most valuable player in the 2018 playoffs.