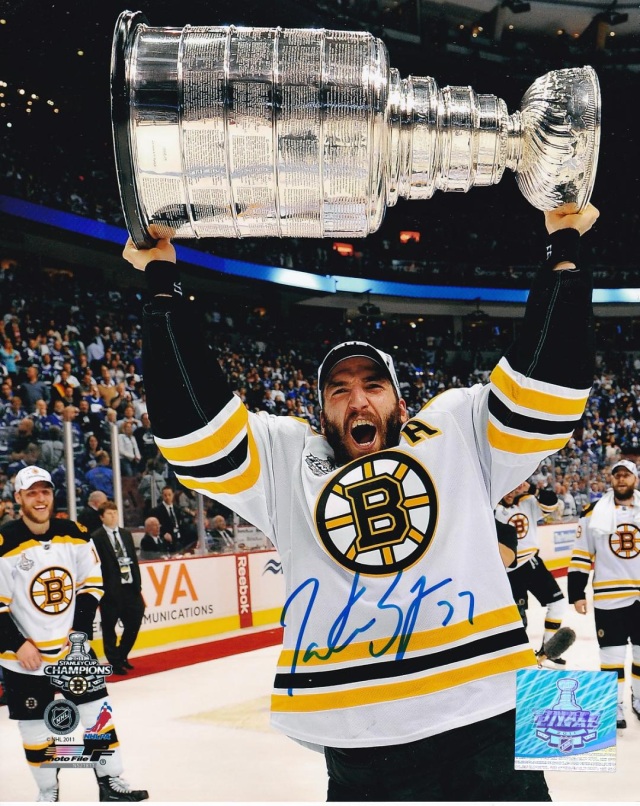 Bergeron is a member of the Triple Gold Club after winning the Stanley Cup with Boston on June 15, 2011. He scored two goals including the Stanley Cup winning goal at 14:37 of the first period of Game 7 away against the Vancouver Canucks. For his superb two-way abilities, he has earned four wins of the Frank J. Selke Trophy awarded annually to the NHL forward with the best defensive skills, tying him with Bob Gainey for the most wins of the trophy in NHL history. Bergeron is one of the premier two-way forwards in the game today.