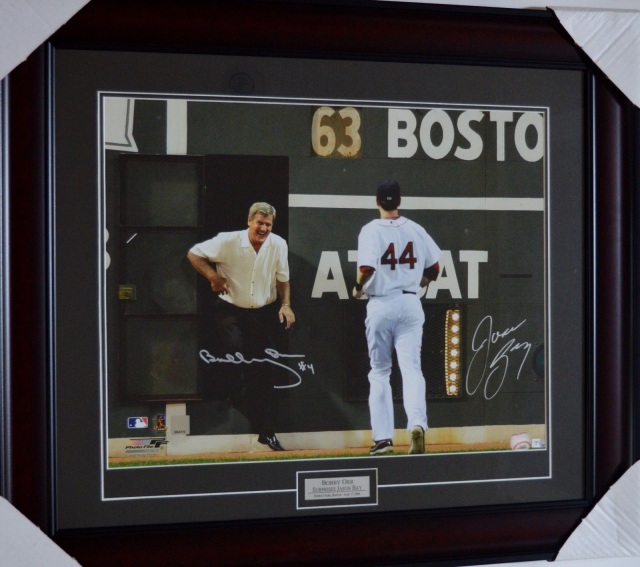 Jason Bay, a Canadian former professional baseball left fielder for the Boston Red Sox, was called over to the door of the Green Monster by none other than Bobby Orr, the greatest hockey icon in Boston history. The two exchanged handshakes on June 17th,2009 and Bay was like a kid all over again. Bay was the National League Rookie of the Year in 2004 and he won the Silver Slugger Award in 2009. He is a three-time MLB All-Star and a three-time Tip O'Neill Award winner as the best Canadian baseball player. Bay is 5th all-time in Home Runs hit by a Canadian born player and is a Member of the Canadian Baseball Hall of Fame, inducted in 2019.