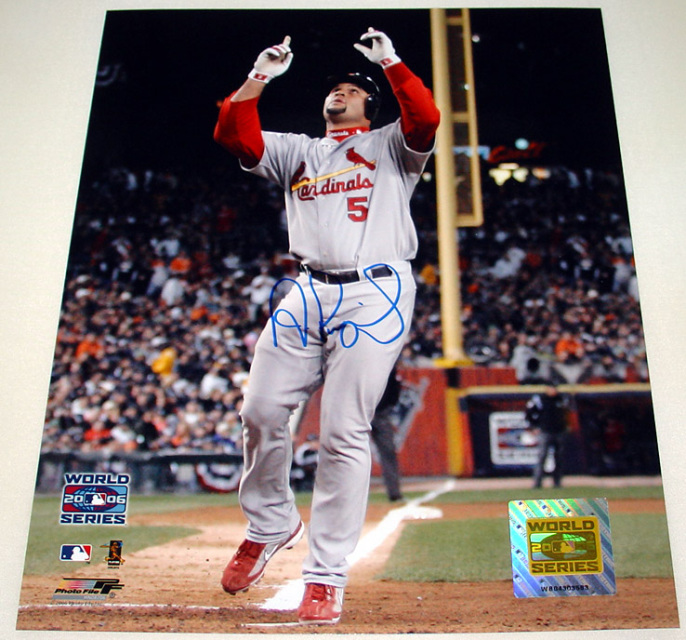 He won the National League Rookie of the Year award in 2001, and has since been selected as an All-Star nine times, and won the National League Most Valuable Player Award three times. He has also twice won the National League Hank Aaron Award, and has two World Series rings from the Cardinals' 2006 and 2011 titles. At the end of the 2011 season, he led all active players in batting average (.328), slugging percentage (.617), and OPS (1.037), and ranked 37th in number of home runs in Major League Baseball history. He was selected by ESPN.com as the greatest player of the decade from 2000–09.