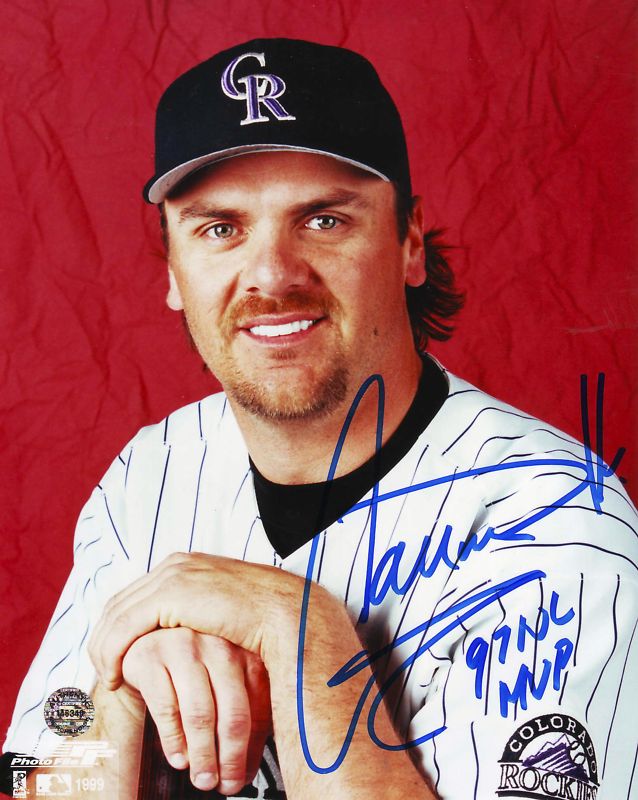 Walker's career season came in 1997, when he hit .366 with 49 home runs, 130 RBI, 33 stolen bases, and 409 total bases, en route to becoming the first Canadian player to win the MVP Award. He became and remains the only player to have at least 25 stolen bases and a slugging percentage of more than .700 in a season. Walker's 409 total bases in 1997 were the most in an NL season since Stan Musial's 1948 season, although the mark was bettered by Barry Bonds in 2001 (411). In 1998, Walker won the Lou Marsh Trophy as Canadian athlete of the year after finishing runner-up the previous year to Formula One champion Jacques Villeneuve. He won the Tip O'Neill Award as Canada's top baseball player 9 times in his career. No other player has won it more than 3 times in their career.