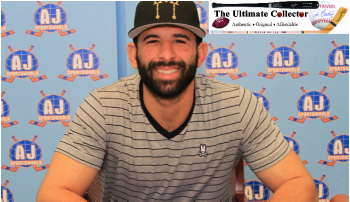 Jose Bautista has emerged as one of the premier hitters in Major League Baseball. Over the past several seasons, Bautista has made the Toronto Blue Jays into true contenders in the American League while posting historic numbers and maintaining a humble, hard-working, genuine persona throughout his rise to super-stardom. The Blue Jays slugger led all of Major League Baseball in home runs in 2010 and 2011. He is a five-time All-Star (2010-2014), two-time Hank Aaron Award winner (2010, 2011), and two-time Silver Slugger Award winner (2010, 2011). With 7.6 million votes, Jose was the leading vote-getter in all of Major League Baseball for the 2011 All-Star Game. In 2014, Jose once again led all of MLB in fan votes and participated in his third Home Run Derby, where he was named Captain of the American League. With his tremendous on-field success and off-field demeanor, Jose has truly become an icon in Canada and one of Major League Baseball’s best players.

All items are hand signed, beautifully and personally autographed by Jose Bautista. To protect your investment, a Certificate Of Authenticity and tamper evident hologram is included (most from A.J. Sports World) with your purchase for an unconditional lifetime guarantee of authenticity. Most items are from our private signing in June, 2012. 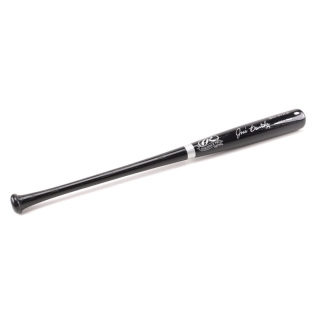 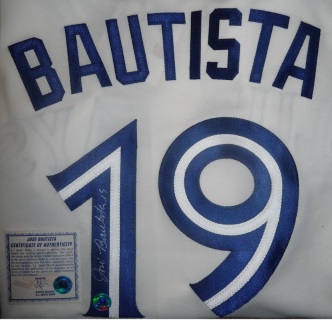 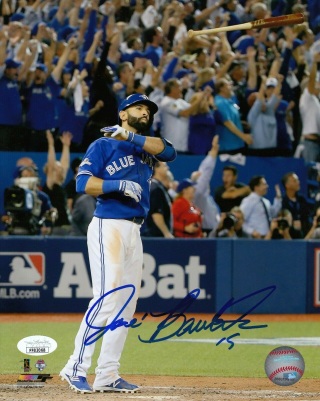 Hand signed Toronto Blue Jays RARE 8x10 bat flip photo by Jose Bautista with a blue sharpie, includes a certificate of authenticity from JSA. During Game 5 of the 2015 American League Division Series between the Toronto Blue Jays and Texas Rangers at the Blue Jays' home stadium of the Rogers Centre in Toronto, Ontario, during the seventh inning Blue Jays right fielder José Bautista executed what Andrew Keh of The New York Times described as possibly "the most ostentatious bat flip in MLB history" after hitting a go-ahead, three-run home run off Rangers relief pitcher Sam Dyson. 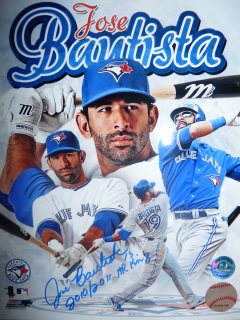 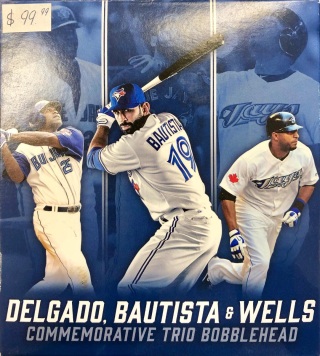 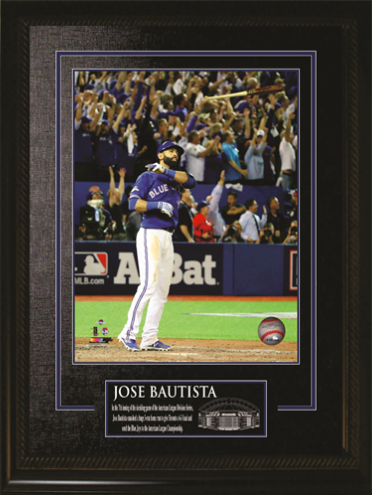 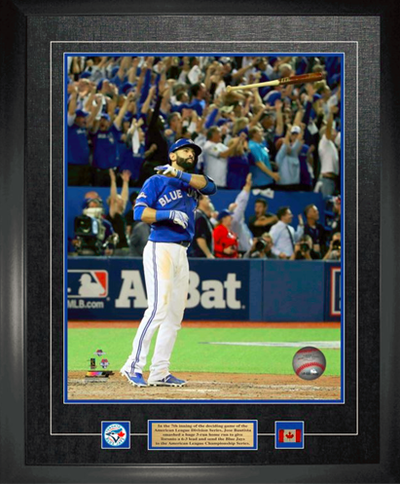 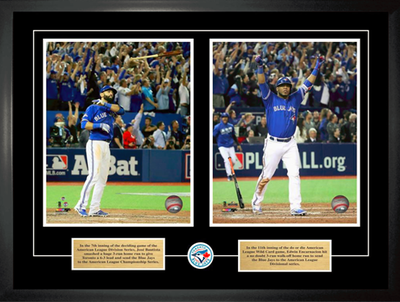 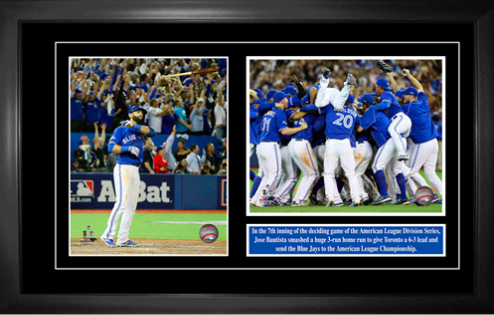 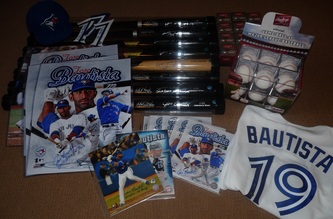 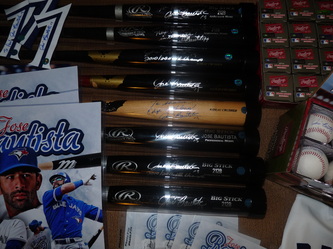 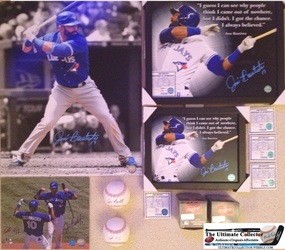 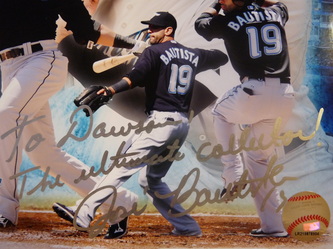 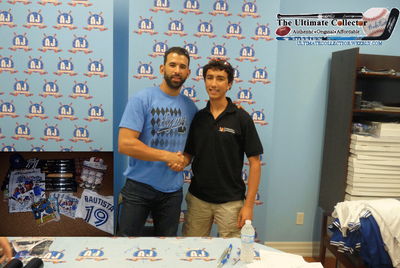 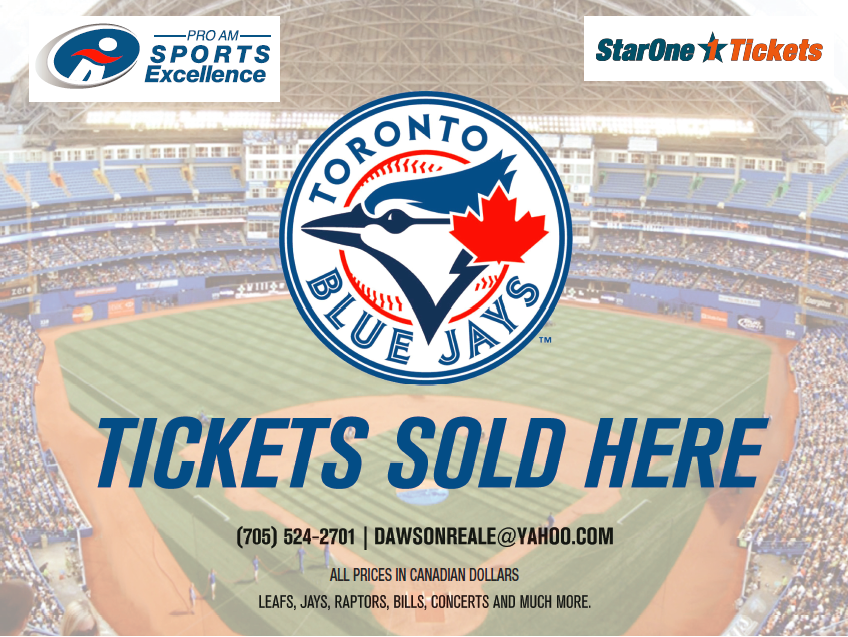