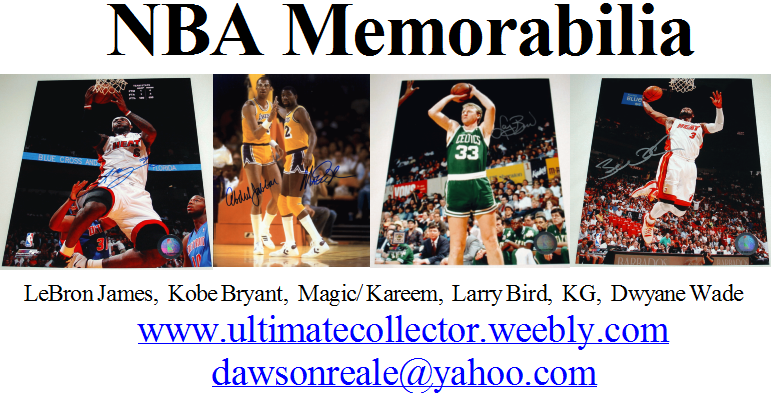 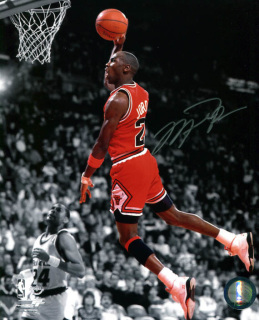 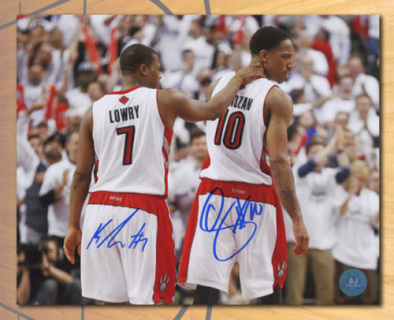 Lowry is credited with helping lead the Raptors to the playoffs and win an Atlantic Division title for the first time in seven years, during the 2013–14 season, his second season with the team. In 2015, he became an NBA All-Star for the first time when he was named an Eastern Conference starter.

In the 2013–14 season, DeRozan had a breakout year for the Raptors averaging career-highs of 22.7 points, 4.3 rebounds, 4.0 assists, 30% from beyond the arc, and finished fourth in total free-throws made and 7th in attempts in the NBA. He led the Raptors to a 48-34 record as 3rd in the Eastern Conference. 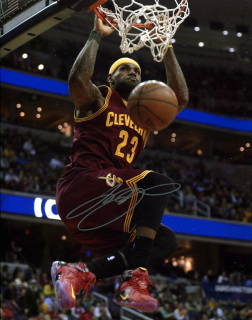 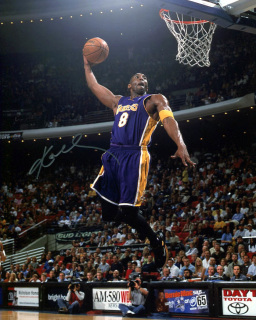 He entered the NBA directly from high school, and has played for the Lakers his entire career, winning five NBA championships. Bryant is a 16-time All-Star, 15-time member of the All-NBA Team, and 12-time member of the All-Defensive team. As of March 2013, he ranks third and fourth on the league's all-time postseason scoring and all-time regular season scoring lists, respectively. 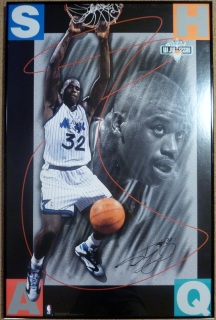 Standing 7 ft 1 in (2.16 m) tall and weighing 325 pounds (147 kg), he was one of the heaviest players ever to play in the NBA. Throughout his 19-year career, O'Neal used his size and strength to overpower opponents for points and rebounds. Following his career at Louisiana State University, O'Neal was drafted by the Orlando Magic with the first overall pick in the 1992 NBA Draft. He quickly became one of the top centers in the league, winning Rookie of the Year in 1992–93 and later leading his team to the 1995 NBA Finals. After four years with the Magic, O'Neal signed as a free agent with the Los Angeles Lakers. He won three consecutive championships in 2000, 2001, and 2002. Amid tension between O'Neal and Kobe Bryant, O'Neal was traded to the Miami Heat in 2004, and his fourth NBA championship followed in 2006. Midway through the 2007–2008 season he was traded to the Phoenix Suns. After a season-and-a-half with the Suns, O'Neal was traded to the Cleveland Cavaliers in the 2009–10 season. O'Neal played for the Boston Celtics in the 2010–11 season before retiring. O'Neal's individual accolades include the 1999–2000 MVP award, the 1992–93 NBA Rookie of the Year award, 15 All-Star game selections, three All-Star Game MVP awards, three Finals MVP awards, two scoring titles, 14 All-NBA team selections and three NBA All-Defensive Team selections. He is one of only three players to win NBA MVP, All-Star game MVP and Finals MVP awards in the same year (2000); the other players are Willis Reed in 1970 and Michael Jordan in 1996 and 1998. He ranks 6th all-time in points scored, 5th in field goals, 13th in rebounds, and 7th in blocks. 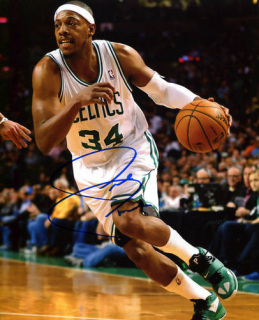 He earned First Team All-America honors in his junior year at Kansas, and has been a starter every season since being selected by the Celtics with the 10th overall pick in the 1998 NBA Draft. He is a nine-time All-Star, four-time All-NBA team selection and also led Boston to the NBA Finals in 2008, and 2010, winning the 2008 NBA Finals. He was named the 2008 NBA Finals MVP in his first trip to the NBA Finals. Pierce also is one of only three Celtics, alongside Larry Bird and John Havlicek, who have scored over 20,000 points in their career with the Celtics alone. 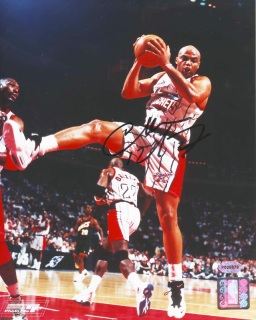 Nicknamed "Sir Charles" and "The Round Mound of Rebound", Barkley established himself as one of the National Basketball Association's most dominating power forwards. He was drafted by the Philadelphia 76ers with the 5th pick of the 1984 NBA Draft. He was selected to the All-NBA First Team five times, the All-NBA Second Team five times, and once to the All-NBA Third Team. He earned eleven NBA All-Star Game appearances and was named the All-Star MVP in 1991. In 1993, he was voted the league's Most Valuable Player and during the NBA's 50th anniversary, named one of the 50 Greatest Players in NBA History. He competed in the 1992 and 1996 Olympic games and won two gold medals as a member of the United States' Dream Team. In 2006, Barkley was inducted into the Naismith Memorial Basketball Hall of Fame. 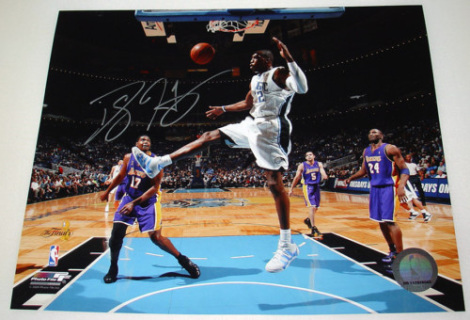 Howard, who usually plays center but can also play power forward, had an outstanding high school career at Southwest Atlanta Christian Academy. He chose to forgo college and entered the 2004 NBA Draft, and was selected first overall by the Magic. A five-time All-Star, four-time All-NBA team selection, three-time All-Defensive member, and two-time Defensive Player of the Year, Howard has been ranked consistently as one of the best in the league in rebounds, blocks, field goal percentage and free throw attempts, and has set numerous franchise and league records. He has led the Magic to three division titles and one conference title, and he was the winner of the 2008 NBA Slam Dunk Contest. In the 2008 Olympics, he was the starting center for Team USA, which went on to win the gold medal.

1 available, please contact us before buying!
All prices do not including shipping:
$18 estimate for 8x10 photos (to most addresses in North America, includes tracking) we ship worldwide!